Airocide is a non chemical Food Safety Air Sanitation solution, which was developed from NASA Technology, offering the latest innovation in airborne Cross-Contamination protection for your company.

It is the only air purifier that completely mineralizes (turns organics into carbon dioxide and water vapor) airborne bacteria, mold, fungi, mycotoxins, viruses, allergens, Volatile Organic Compounds (VOC’s like ethylene), and odors. What’s more, the device has no filters that need changing and produce no harmful byproducts, such as the ozone.

How does Airocide work?

The AiroCide Air Purifying Technology was proven to kill 99.999987% of Bacillus thuringiensis, a close cousin to the anthrax bacteria, in a single pass through its reactor.

Among other bacteria, fungi and viruses, photocatalytic oxidation technology kills airborne Lactobacillus, which can be a problem in wine, beer and other beverage and food processing facilities. 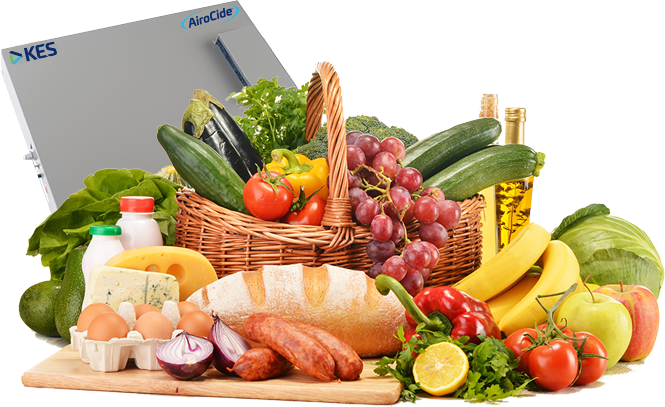 Read more at www.kesair.com or contact us for more information.

We are Odie Farms and we represent different plant and flower breeders. For instance: